Google in 2021 Part I: A year of growth and progress for GCP

Google Cloud’s growth in 2021 was nothing short of impressive: 46% in Q1, 54% in Q2, and 45% in both Q3 and Q4. However, Bart Gouweloose believes the best is yet to come. Cloud Wars seems to agree with Bart, predicting a whopping $27 billion turnover for the Google Cloud Platform (GCP). This puts just its cloud business in the same leagues as the entirety of IBM ($28bn) and Salesforce ($31.5bn).

Because of the increasing and lasting importance of remote work, this trend shows no signs of slowing down soon. In this blog, our resident Google enthusiast will look back at this successful year, and what this means for the future of Google Cloud.

In 2021, Google Cloud finally became a fully mature cloud service provider. This maturation meant there were no huge announcements like Google Anthos, but a steady stream of improvements to increase its value for the professional market in 2022 and beyond. This allows the platform to further excel where it shines brightest: data analytics, machine learning, collaboration, security and the modernisation of both application and infrastructure.

One of these improvements is the development of a so-called European cloud. These are cloud environments that are based on Google’s technology, but managed by local European partners. Adding to this are assured workloads (which guarantee the data does not leave the European Union), an increasing number of data centres and regions in Europe, and further development of encryption. All of this should help to dispel the misplaced doubts surrounding privacy and trust.

Another such area of improvement is the open cloud. By embracing open source, the deployment of its cloud technologies now goes far beyond Google’s own data centres. Just think of Anthos, which can be used on-premise and with other public cloud providers. This also means the rise of multi-cloud environments, where customers combine multiple cloud providers. The Google Cloud Platform is also open to its customers: they are free to choose from a variety of databases, security products, and monitoring tools.

Finally, data was one of the key words in 2021 more than ever. Several Google products announced a series of improvements and extensions. Examples include BigQuery, Looker, Cloud Spanner, Cloud SQL and other database products. What is particularly striking about 2021 is that some missing or lacking functional areas will now be serviced as well. Just think about the announcements for the Analytics Hub, Dataplex, Dataflow Prime, Datastream, and Datashare.

Google ultimately wants to create an environment where its clients can quickly respond to the ever-changing needs of the consumer. This requires an ecosystem which lets them innovate continuously by developing their applications alongside those changing needs. There were a number of announcements in 2021 that will support Google’s vision in 2022 and beyond.

First, the Cortex framework was announced to help make your projects scalable and repeatable. With Apigee X, Google is using its expertise in AI, security, and networking to take API management to the next level. The most impactful of these announcements was, without a doubt, the digital twin for supply chain environments. The Supply Chain Twin and Pulse is a vertical solution that will provide companies with real-time overviews and insights across the entire supply chain. This includes data from all partners in a company’s ecosystem.

Another constant in Google’s approach is to simplify management by pushing automation further. In their ideal environment that we’ve referred to above, users can fully concentrate on the business aspect. This means automating both the setup and maintenance of their cloud environments. There were a lot of announcements in 2021 that will support this aspect in the years to come as well. There are too many examples to be complete here, but we have chosen some of the most interesting.

Eventarc, Google’s asynchronous event delivery environment, has been available since January. Since then, it’s received a series of upgrades to further improve its capabilities. The VM Manager is an entire suite of tools, specifically made to manage operation systems for environments with lots of virtual machines (VMs). Meanwhile, the new Cloud SQL Insights will help detect, diagnose, and prevent query performance issues for Cloud SQL databases.

A more secure and safe workplace

Last, but in this case certainly not least: security. Not a single topic has been more important this year. We did not receive a single newsletter from Google last year that did not mention security in some shape or form. One of the most important concepts was the zero trust security model. While not a new concept (it was used internally at Google for over a decade), this model gained worldwide recognition in 2021 following a series of serious vulnerability incidents like Log4j2. The zero trust approach to security is often summed up as “never trust, always verify”.

Google implements the zero security model in a variety of ways. BeyondCorp is the main implementation referred to above, already in use for several years. BeyondProd updates that implementation for microservices and cloud-native architectures, exemplifying Google’s focus on application modernisation.

Google’s Chronicle service offering also puts a spotlight on security for cloud-native applications. It focuses on threat detection, investigation, response, and remediation. Because of their scale, cloud-native architectures require a response time that was previously unheard of. Chronicle merges all of an organisation’s security telemetry onto a single timeline and combines it with Google’s threat intelligence and flexible rules. It has since been adopted by some of the biggest companies out there, such as NCR.

Finally, Google has some big plans for their Workspace collaborative working environment. They announced the Work Safer initiative last year, but most of these plans will only come to fruition in 2022 and beyond. One example of this is the upcoming Gmail redesign, which incorporates the other aspects of the Workspace environment with the inbox in what Google is calling the “new integrated view”.

In conclusion, we are thoroughly convinced that 2022 will be even more of Google’s year than 2021 already was. Its comprehensive list of announcements — remember that this was just a selection — confirms that Google is always on the cutting edge of technologies. It is aware of the changes that working from home have wrought, and especially mindful of the importance of security.

If you are even the slightest bit as enthusiastic and curious about where Google’s journey will take it in 2022 and beyond, we highly suggest subscribing to our monthly newsletter where we take a closer look at all things Google. Be sure to stay tuned for some interesting reflections on machine learning! 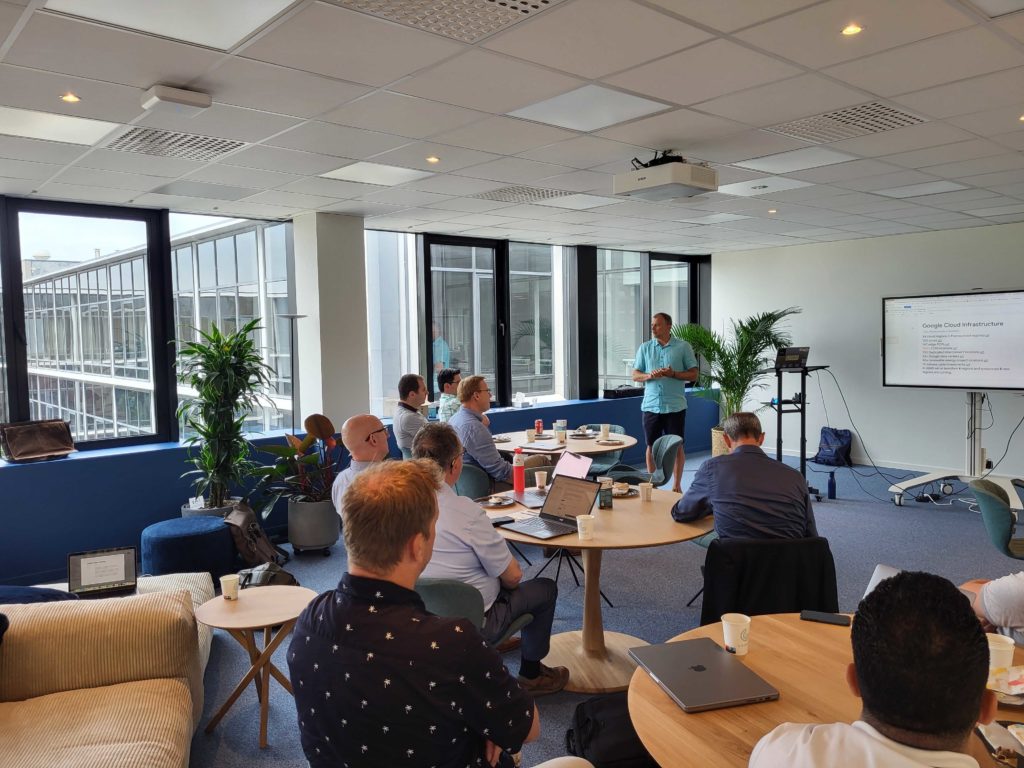 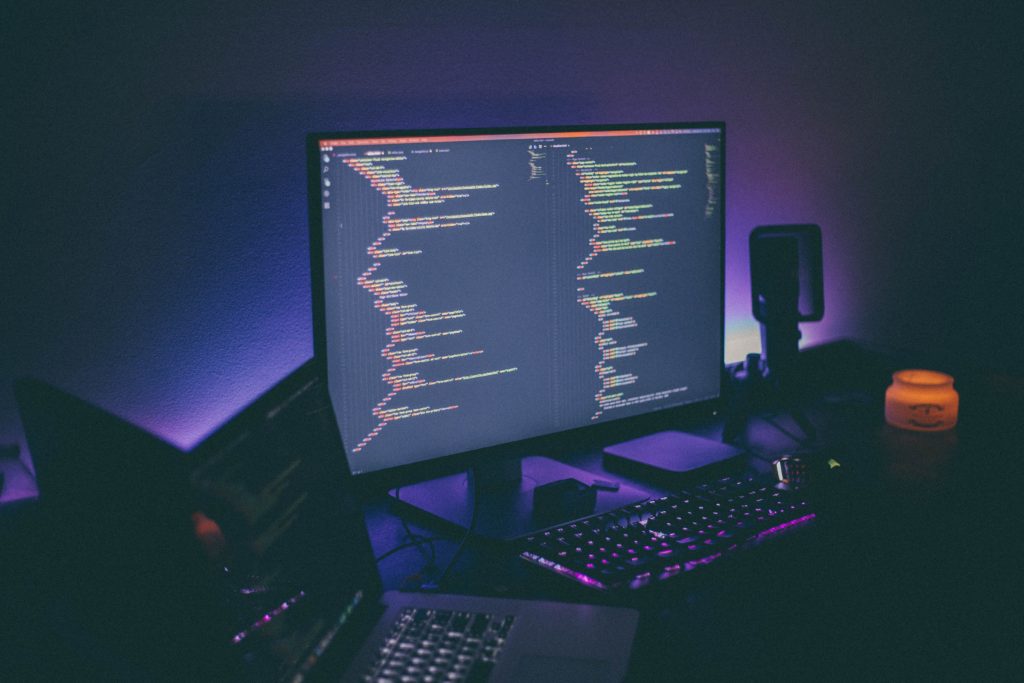 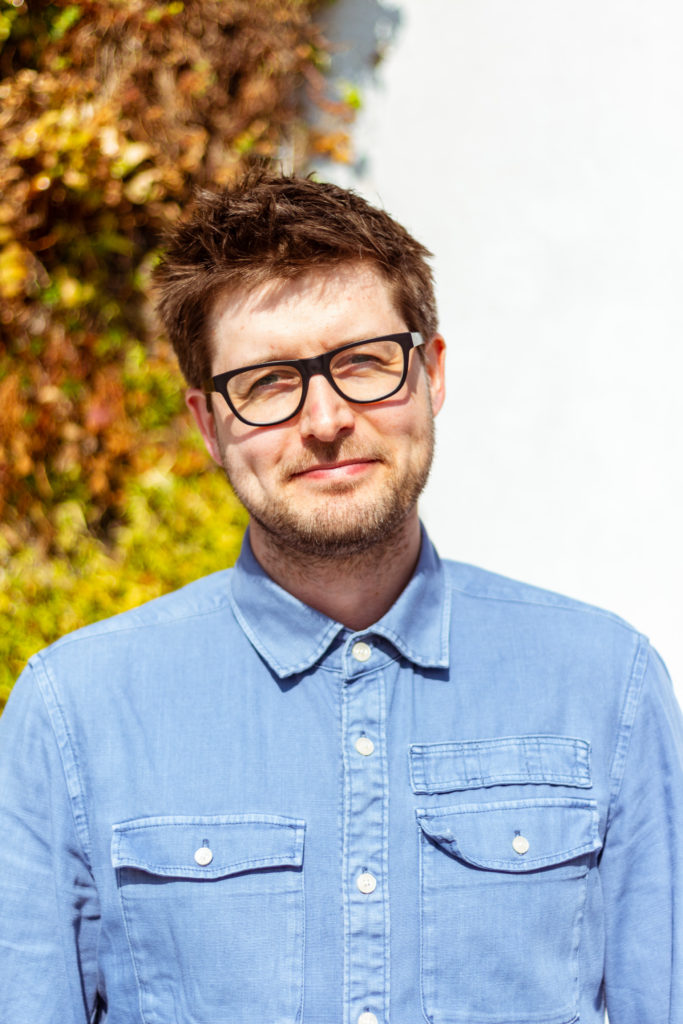 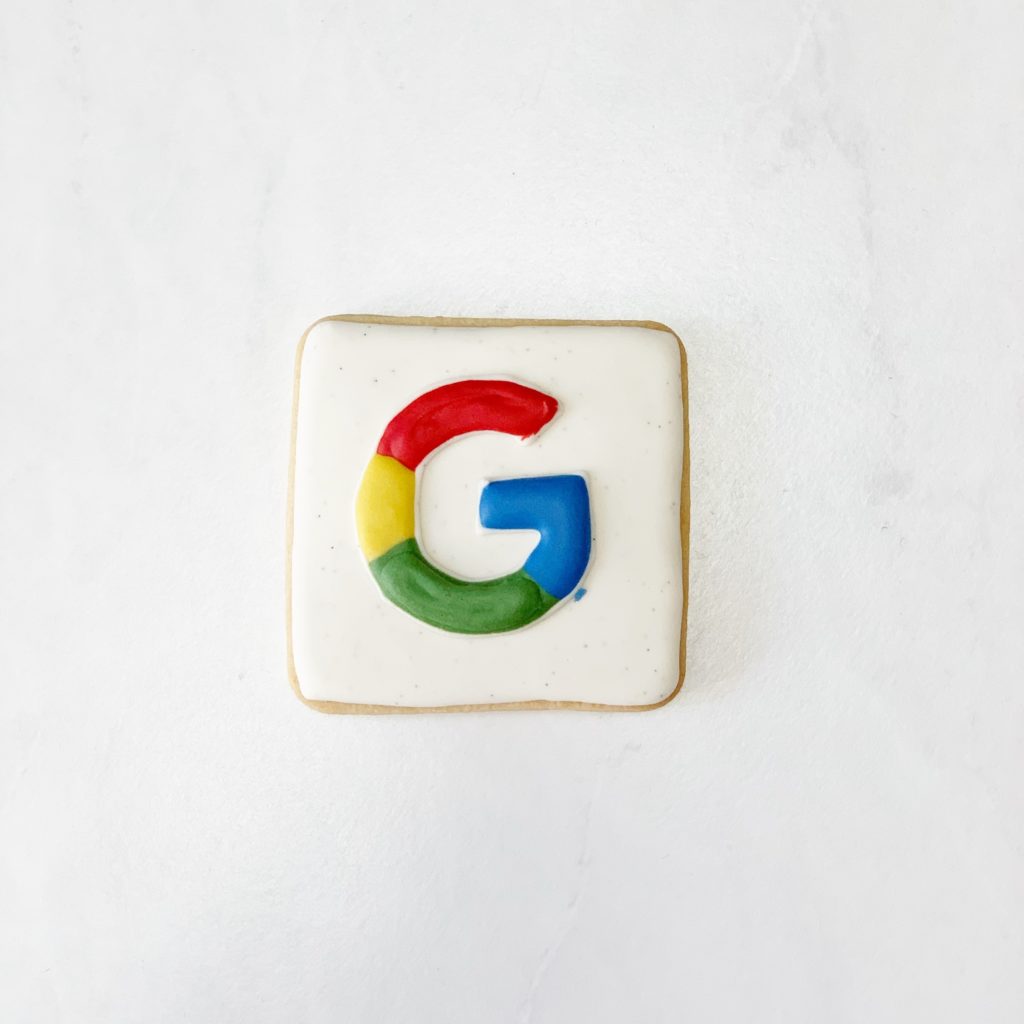 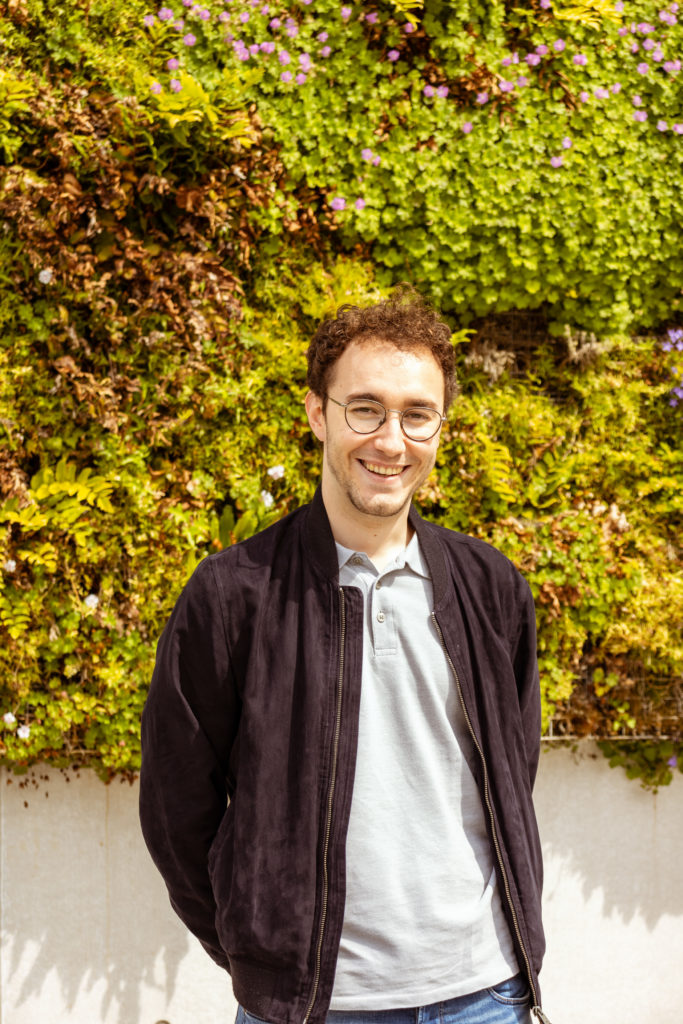 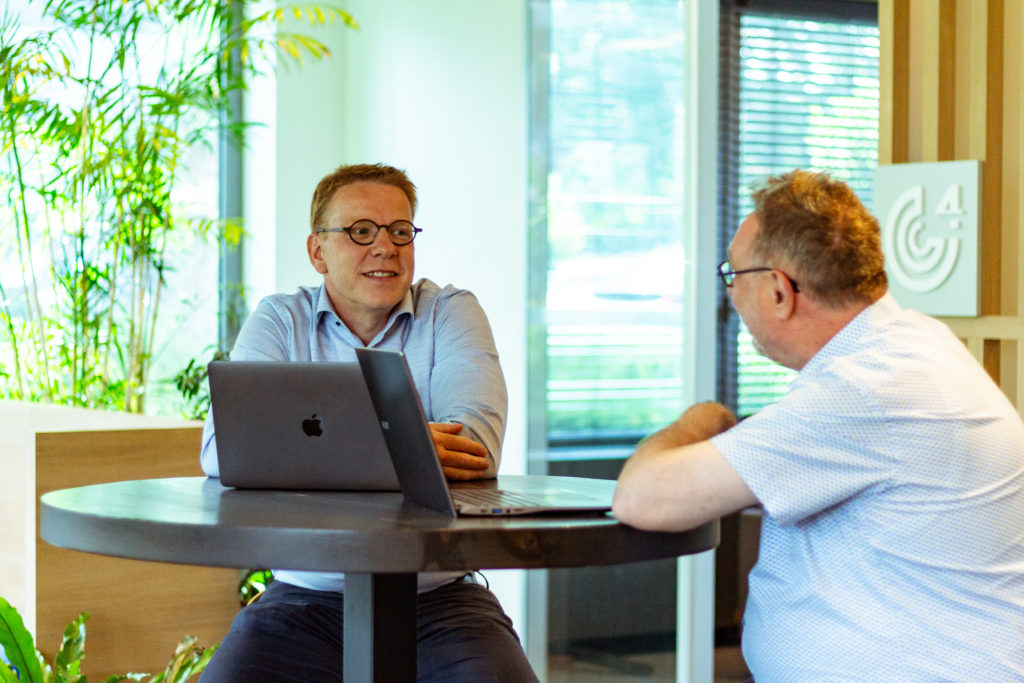